Our story - Introducing the era of the medical selfie

In 2013 our founding team recognized that smartphone camera capabilities were rapidly accelerating as much of the world started taking and sharing selfies. They decided to embark on a journey to increase access to medical testing by leveraging this continuously improving technology. No dongles, no hardware - just the smartphone camera, transformed into a medical device.

As smartphone camera capabilities grew, our breadth of services expanded. Our services are clinical-grade and regulated, backed by extensive research. This enables us to work in harmony with existing healthcare systems across the globe.

Our mission - Delivering healthcare at the speed of life

Healthy.io transforms the smartphone camera into a medical device to deliver healthcare at the speed of life. We provide clinical results at critical moments, syncing healthcare with life. Our at-home urinalysis and digitized wound care services enable providers and healthcare systems to close gaps in access and care, while increasing patient satisfaction. By allowing people to test at their convenience we help systems better manage various health conditions, saving lives and reducing costs.

At the age of 26, Yonatan was appointed by the President of Israel, Shimon Peres, as the country’s first Chief Technology Officer (CTO) and steered a policy of technological diplomacy. Yonatan participated in the inaugural class (2009) of Singularity University’s Graduate Studies Program (GSP), where he co-founded GetAround. In 2012 Adiri was chosen by the World Economic Forum as one of its 100 Young Global Leaders and was selected by TIME Magazine as one of the 50 most influential people in healthcare in 2018.

Katherine has worked in healthcare for 29 years: 15 years with the UK’s NHS, in both provider and payer roles, and 11 years with UnitedHealth Group, where she was the Chief Executive of UnitedHealth UK and latterly the Chief Growth Officer for Optum International. Katherine has a BA in Classics from King’s College, Cambridge University, and an MSc in Social Policy from Bristol University.

Paula has over 20 years’ experience in healthcare. Most recently she was Executive Director and General Manager of Outpatient at Glytec. Previously she was Head of Operations at Onduo and President and CEO of Telecare, where she directed the company’s successful acquisition by BioTelemetry. Paula has an MBA from Bentley University and an MA in Healthcare Delivery Science from Dartmouth College.

Jason Keane is an experienced leader with a wide range of media, product, marketing, M&A and business management experience spanning 25 years that includes directing a DMA Gold award winning team in 1999, achieving the Microsoft Market Leader Business Manager award in January 2005. His most recent role was CEO of Patient, part of the Emis group. Prior to Patient, he spent several years as CEO and COO of Saffron Digital and previous to that - NBC Universal, Yahoo and Microsoft.

Most recently, Ron managed the mobile products for Fiverr (NYSE: FVRR), the world's biggest online marketplace for online services. Prior to Fiverr, Ron was the co-founder and CPO of Groovideo, a pioneer in real-time video creation. He holds degrees in Physics and Philosophy from Tel Aviv University, and is a graduate of Harvard's Program for Leadership Development (PLD).

Prior to Healthy.io, Itay was part of the founding management team of Moovit (acquired by Intel in 2020) where he established the marketing team and later served as the Vice President of Monetization. Before joining Moovit, Itay worked as an analyst for Google. He has an MBA from Ben Gurion University and a BSc in Psychobiology from the Hebrew University of Jerusalem.

Ido is an experienced researcher and patentee in the field of computer vision. He led key breakthroughs at Picscout, which was acquired by Getty Images, before joining Microsoft’s Virtual Earth research team in Seattle, WA, working on cutting-edge computer vision projects. Through his extensive research and development work in the past 15 years, Ido has developed a unique body of science at the junction of hardware, software, and machine learning. Ido has a PhD in Computer Vision from the Hebrew University of Jerusalem.

Neomi has over 15 years' experience in human resources, most recently at Taboola, where she oversaw company growth from 25 to 1,000+ employees. While at Taboola, Neomi led a global team of professionals in 4 locations and supported more than 15 offices worldwide. Before Taboola, Neomi was the HR Manager in Ransys LTD, and has consulted for several companies in the field of HR. She holds an MSc in Management Science from Tel Aviv University, where she focused on HR practices in tech companies.

Prior to Healthy.io, Oz spent a decade working as a presidential aide to two Israeli presidents, HE Shimon Peres and HE Reuven Rivlin. As part of his role, he handled the presidents' administrative work and provided the president with strategic support in official bilateral meetings. Oz has a BA in Economics from Tel Aviv University.

Yvonne is Co-Founder of Cove Hill Partners. Prior to that, she held the roles of COO and CFO of PillPack, where she helped lead the $750 million sale and integration with Amazon. Prior to PillPack, Ms. Hao was an operating partner at Bain Capital, and previously worked at Honeywell and McKinsey. She holds an M.Phil from the University of Cambridge, and a B.A. in Economics and Asian Studies from Williams College.

Kalah is Executive VP at Greenleaf Health. Prior to that, she spent six years at the FDA, including as Deputy Chief of Staff for two FDA Commissioners and on Capitol Hill as the FDA detailee to the Senate Committee on Health, Education, Labor, and Pensions. She holds a B.A. from Williams College, a J.D. from Georgetown University Law Center, and an M.P.H. from Harvard University.

Gary Loveman, Ph.D, is the co-founder of member health improvement platform Well. Prior to this, he was Chairman and CEO of Caesars Entertainment Corporation and President of Consumer Health and Services for Aetna. He is also a senior lecturer at the Harvard Business School.

Dr. Daniel Kraft is a Stanford & Harvard-trained physician-scientist and entrepreneur. He is the founder of Exponential Medicine, a program that explores the convergence of technology and the future of healthcare, and is the faculty chair for Medicine for Singularity University. He chairs the XPRIZE Pandemic Alliance task force, is a Kauffman Fellow and Aspen Health Innovation Fellow, and is the founder of Digital.Health.

James O’Shaughnessy has been a Member of the House of Lords since 2015, serving as Parliamentary Under Secretary for Health between 2016 and 2018, where he led efforts to improve innovation within the NHS. Previously James served as No.10 Director of Policy to Prime Minister David Cameron. He is also Visiting Professor at the Institute for Global Health Innovation at Imperial College.

Dr. Josef Coresh is an international expert in kidney and cardiovascular disease epidemiology having co-authored over 800 research articles cited over 100,000 times. He is the George W. Comstock Professor of Epidemiology, Biostatistics and Medicine at Johns Hopkins University. The chronic kidney disease definition, staging and estimated kidney function equation he helped develop with the CKD-EPI collaboration are used globally.

Dr. Geoffrey C. Gurtner is a plastic surgeon and the Johnson and Johnson Professor of Surgery and Bioengineering and Materials Science at Stanford University. Additionally, Dr. Gurtner is the Director of the Stanford Advanced Wound Care Center and is the author of over 300 peer-reviewed publications. Dr. Gurtner’s research has resulted in 30 issued patents and over 100 patent applications.

VP, US Strategy and Partnerships

Head of US marketing

Director of US HR 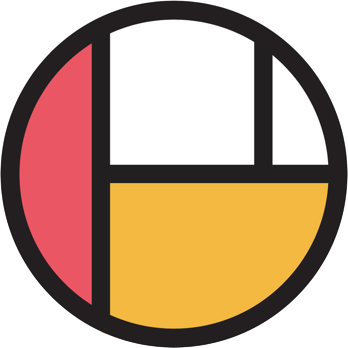